As businesses evolve within a global environment characterized by speed, interaction, and socialization, business models are being forced to adapt and change with increasing pace. One of the areas in which enterprises have been slow to recognize and adapt to the need for change is in their approach to succession planning. Many businesses don’t do any succession planning at all, and most of the ones that do are still stuck in an old-fashioned hierarchical mindset that is no longer in line with today’s dynamic environment. It’s time to move beyond these stale paradigms and redefine the concept of succession planning.

What is succession planning?

Succession planning is the method by which an enterprise ensures that it will continue to have highly qualified people available for all positions throughout the visible future. It includes making provisions for the inevitable exit of all key personnel, and putting in place a network of talent so that no functional need will go unmet. In essence, succession planning means ensuring the ongoing success of the business through identifying and developing future leadership talent.

What is the traditional model of succession planning?

Traditional succession planning envisions a business as being divided into generations like a family: as the older, more powerful members reach an age where they no longer can perform the necessary leadership functions, younger members rise to replace them. This hierarchical leadership form involves top-down power and influence, and a high priority being placed on stability. However, a hierarchical leadership ladder is not well-suited for our current era of greater collaboration, new generational expectations, and transparency. As Thuy Sindell from Skyline Group notes, “The relationship and expectations of today’s employees have drastically shifted away from long-term employment and loyalty. Most in-demand employees are loyal to their career and their relationship with their employer is based upon an exchange of knowledge and skills for compensation. In response to today’s dynamic workforce, Succession planning must be equally dynamic.”

The current workforce is multigenerational. Power within an enterprise doesn’t necessarily depend on age, and a healthy company needs representatives from all generations throughout its management structure. In some cases, a rapidly rising young star may be one of the top executives. That said, youth doesn’t remove the need for succession planning. Young executives can be struck by unforeseen illness or accidents, and (a likelier scenario) they can easily decide to make a job change. In this networked age, a highly competent officer will be the recipient of almost continual new headhunting offers. At the same time, older workers are staying in the workforce longer, due to economic pressures as well as improved health and the desire to be useful.

The U.S. Department of Defense has a “Net Generation Guide,” which characterizes the emerging workforce as being far more diverse than ever before, across every demographic metric (age, ethnicity, religion, disability, sexual orientation). This guide states: “Generational diversity is important to sustain stability and stimulate innovation in a multi-functional workplace.” When a social trend reaches the point of being codified in official federal documents, it’s clearly long past the point where the business community needs to respond!

In the new knowledge economy, we have to develop new types of organizational structures. According to Dr. Mary Uhl-Bien, who led a discussion at the Research Center for Leadership in Action at NYU, the reason why hierarchical leadership no longer works is that it's based on the simplistic assumption that the role of a leader is to align diverse interests toward a common goal. In the complex world we live in, it's necessary to develop an adaptive form of leadership that promotes ongoing change and learning. It's crucial to be open to new goals, in other words.

Her premise is that this type of adaptive leadership can draw insight from complexity science, which looks at how systems grow in the world of nature. Complexity theory shows us that these systems are not mechanistic structures, but are instead dynamic collections of organisms and elements that continuously reshape and reorganize themselves. One of the chief sources of diversity is the different perspectives that workers of various generations have to offer.

How is the new succession planning implemented?

It’s important to do a quick review of the diverse skill sets and perspectives that a multigenerational workforce has to offer. Through having a better understanding of the perspectives and expectations of each generation of worker, it’s possible to move into (in Uhl-Bien’s words) a “connectionist” form of leadership instead of a hierarchical one. Here is a brief outline of overall generational characteristics:

1. Clearly define the need for succession planning. This includes identifying internal company drivers as well as external drivers. For example, internal drivers can include stock vesting schedules and upcoming retirement of individuals in key roles. External drivers might include Sarbannes-Oxleyy compliance and competition key talent.

3. Identify and assess current leaders. As part of the succession planning process, an assessment of current leadership roles, responsibilities, skills, and understanding of what makes them successful in their given role needs to be done. From this information specific skills, behaviors, and personality traits can be identified as part of creating a talent profile for the individual(s) identified to fill specific roles.

4. Identify current talent to current objectives and required talent to future objectives. Identify replacement strategy for key roles throughout the organization. Replacement strategies can include developing internal candidates as well as identifying talent outside the company. As part of this process ensure that you are identifying and building in redundancies. An important part of the succession planning process is contingency planning in the case that one or two replacement candidates are unable to fill a predetermined role. Once internal candidates have been identified, inform them of how they are being considered, what the path, and time-line might look like, as well as potential option in the case that a specific role does not manifest.

5. In conjunction with any initiative that is identified as “important” there must be both dollars, time by way of allocating head-count, and visual reinforcement by leadership. Effective succession planning is an on-going process and as such, requires on-going budget and head-count allocation.

6. Take a systemic approach. Align developing talent with existing employee and leadership development programs, performance management systems, and methods for identifying both top performers as well as individuals with strategic knowledge and abilities. Identify gaps in current programs required to meet the talent / leadership needs of the company.

Writing in Harvard Business Review, Marshall Goldsmith urges that the effective approach to succession is to term it “succession development” rather than “succession planning.” He points out that in traditional views of succession planning, it’s too easy to get lost in the process. Charts, meetings and checklists get confused for the actual act of developing a broad future pool of dedicated personnel. Goldsmith compares classical succession planning with a person’s plan to lose weight. The person might make a list of all the ways that they’ll diet and get more exercise, but the actual weight loss isn’t going to happen until they actually implement all the things they plan. He urges businesses to measure how well their succession plan works by evaluating actual instances of successions which have been executed.

Coaching is a crucial tool

In order to facilitate productive collaboration in a diverse workplace, and inculcate a new awareness of “connectionist” leadership, it’s almost a necessity to bring in an outside leadership coach. The goal of expert coaching is to maintain consistent communication within and between different sectors of the organization and to acknowledge the achievements of individual staff people. A coach can assist each department to capitalize on the varied skill sets that each generation brings to the workplace, and to strengthen a sense of teamwork. Coaching supports the needs of senior leaders in the organization to feel confident that there is a deep pool of competent dedicated personnel to draw upon if the need arises. At the same time, a skilled leadership coach assists with establishing targeted mentorships where appropriate and an outside perspective in personnel management.

Sometimes a coach can surface an unhealthy organizational stasis by encouraging managers to cross-train, changing their scope of responsibility and even their department. This type of risk-taking is not something that the executives might initiate without a nudge, but it’s often the most solid way to prepare for succession.

Most importantly, coaching provides real-time learning and skill development that can then be applied to the job. This “in the moment learning” can be much more effective than traditional classroom or off-site training programs because coaching deals with current and pertinent issues. The guidance the coach provides can be applied immediately and results of newly deployed behaviors can be observed and experienced.

Coaching is a powerful, targeted, and individualized tool for engaging strategic talent as well as developing and aligning an individual to the role that they will fill in the future. Coaching can also address the unique perspectives and development requirements of a multi-generational workforce.

In addition to enabling an effective succession, encouraging diverse voices in an enterprise yields a whole bouquet of advantages. Generational diversity promotes the company’s ability to relate to a heterogeneous customer base and can improve its public image as well. When younger talent perceives that an organization has a flexible, responsive management, they are likelier to feel that they can achieve their own goals within that enterprise. The long-term health of an enterprise depends on its ability to make full use of the insights of every generation. 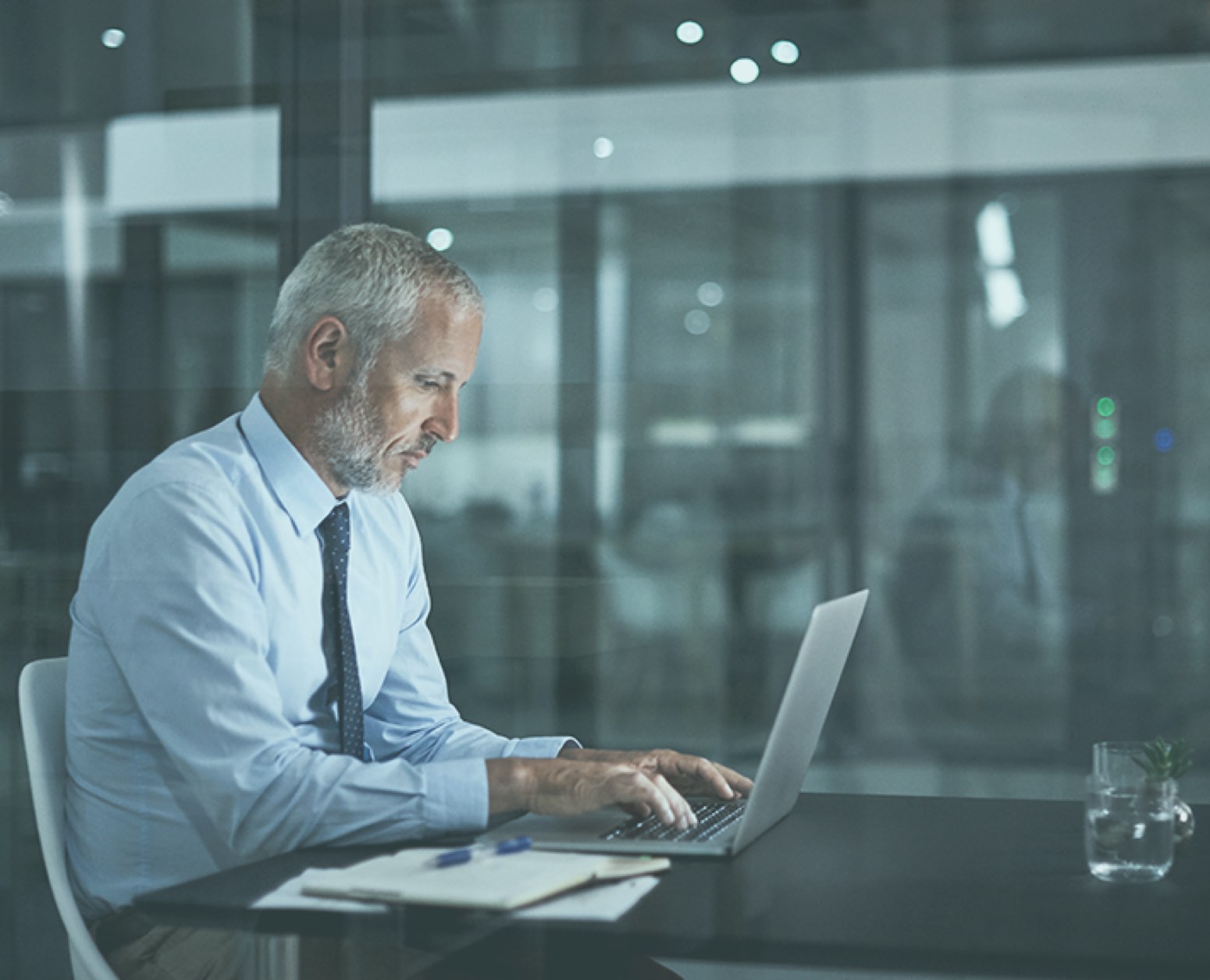