More Scrutiny, More Complacency, Less Tenure, & Bad Succession Planning: CEO Life is Getting Tougher. Here are Four Things CEOs and Companies can do to Make it Better.
by SkylineG

The role of the CEO is without a doubt the most significant leadership role within a company. The CEO is the face of the business; he or she shapes organizational culture and embodies what the company stands for.

For better or worse, awareness of the significance of the CEO role has extended beyond the world of business and into popular culture. The reputation of the CEO can live or die based on the professional and personal actions he or she takes, and, as a result, what is said about him or her on the Internet. At the same time, CEOs are getting less time to make their mark on an organization; median tenure for CEOs at large-cap companies has dropped from six to five years since 2013, according to the Harvard Law School Forum on Corporate Governance and Financial Regulation.1

So the question becomes: If CEO tenure is shrinking and public scrutiny is growing, how can CEOs and organizations drive performance?

This white paper reviews trends, practices, and opportunities that companies can take advantage of to improve business performance by optimizing the role of CEO and setting up long-term success with a pipeline of diverse future leaders.

The Role of the CEO

A CEO is the highest-ranking executive in a company. They are the main point of communication between the board of directors and the C-suite, and are responsible for managing the overall operations and resources of the company.2 On a less operational and more human level, CEOs set the tone and vision for their organizations. What the CEO says and does affects how employees and customers perceive the organization—inside and outside the office.

Today’s CEO lives an increasingly public life in which his or her actions can be disseminated and dissected by anyone with an Internet connection. This relatively new dimension to the role has been cited as one of the reasons why CEO tenure has been falling in recent years.

The CEO position was once viewed through a more long-term lens; however, current CEO tenure lasts much closer to five years. In 2017, almost half of CEOs had been in their position for five years or less, according to the Harvard Law School Forum on Corporate Governance and Financial Regulation.3 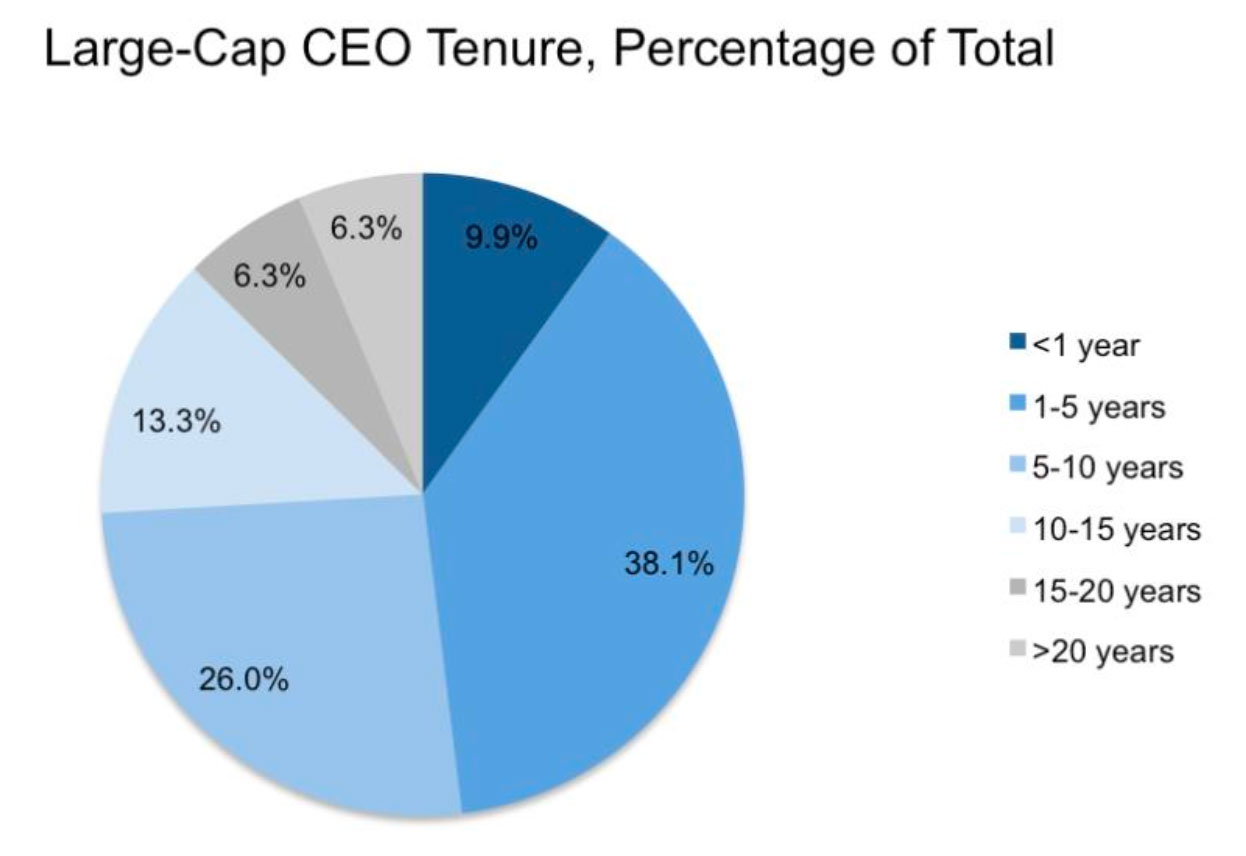 There are three possible reasons for the fall in CEO tenure over the past five years. First, research shows that new CEOs are often more effective than long-tenured CEOs: new CEOs bring new ideas and energy, while older CEOs can become myopic and more risk-averse.4 At the same time, CEO exits from underperforming companies are on the rise. In 2016, the succession rate of poorly performing companies rose 40%, according to The Conference Board.5

Third, the increasing transparency of a CEO’s actions has ushered in a new era of accountability, with forced turnovers due to ethical lapses increasing 36% from 2011 to 2016, according to Price Waterhouse Coopers.6

Given the shrinking timeframe in which CEOs have to act and the increased public scrutiny of the role, here are four ways CEOs and organizations can drive performance:

1. Make strategic moves early on
2. Remain an outsider
3. Embrace the public nature of the role
4. Create a diverse pipeline for effective succession planning

One of the results of falling tenures has been CEOs’ taking decisive action quickly after stepping into the role. This makes sense, as new CEOs must make their mark against the backdrop of a

ticking clock. CEOs better make the right moves right now, or their jobs may not be theirs for as long as they want.

Luo, Kanuri, and Andrews reinforce the notion that early on is the ideal time for new CEOs to make big moves. They posit that as outsiders to the organization, new CEOs are more attuned to and therefore more responsive to the external environment, which assists them in strengthening the organization’s relationships with customers.

McKinsey has identified some common actions new CEOs take when they start their tenure, including reshuffling top management, mergers and acquisitions, cost-cutting programs, and new product launches. It is important to note that these bold strategic moves tend to be higher risks for CEOs of well-performing companies. If the company is already doing well, a bold, new initiative carries the risk of setting the company down a less successful path—“Don’t fix what ain’t broke,” as the saying goes. But if the company is not performing well, then shaking things up is usually welcomed, as there is less downside to calculated bold action. 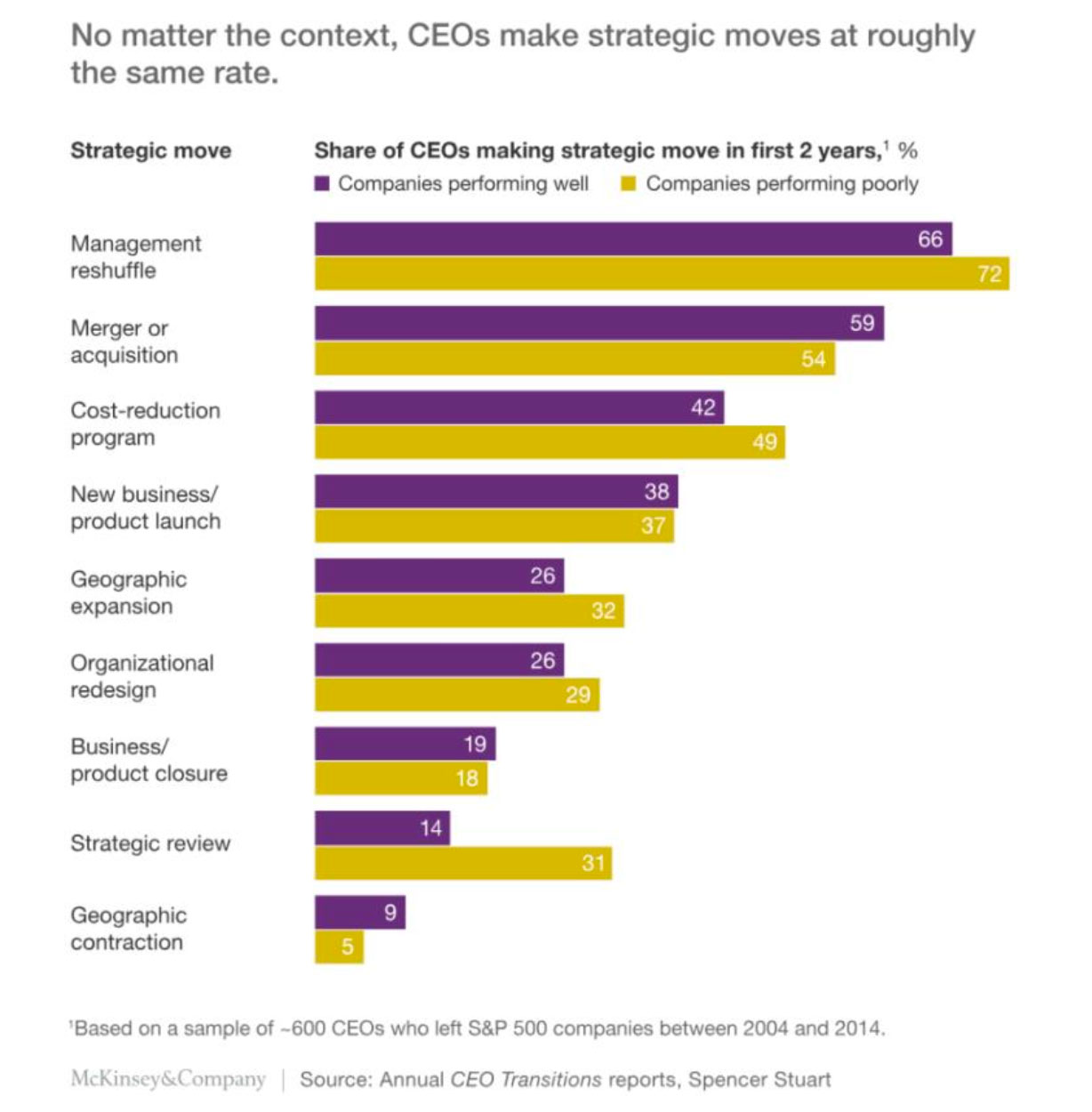 While new CEOs are praised for their decisive actions and outsider thinking, more tenured CEOs labor under the perception of being too inward-focused and risk adverse. According to Luo, Kanuri, and Andrews:

“In their later seasons, however, CEOs myopically commit to obsolete paradigms, become risk averse and stale in the saddle, and tend to adapt less to the external environment... thus hurting firm performance.”

Research by PWC reinforces this notion of a detrimental “insider” perspective. In their 2016 CEO Success Study, they found that CEOs hired from outside the organization have delivered higher median total shareholder returns than insiders for the past four years.

As tenure increases, it is easy to become entrenched in what you know and less open to outside information. The message here is clear: CEOs must maintain an outsider perspective to be able to adeptly respond to what is happening in the market. An outsider perspective is one that is characterized by market/external focus, growth/innovation centricity, and optimizing of company culture.

3. Embrace the Public Nature of the Role

Over the past five years, the percentage of CEOs forced out of office for ethical transgressions increased in every region analyzed by PWC:

With the proliferation of digital paper trails—which hold CEOs and other leaders accountable for the decisions they make—and the 24/7 news cycle—which increases the likelihood that word of an ethical lapse will go viral—it is important for CEOs to scrutinize their own actions through the lens of public perception before acting on them.

CEOs must see themselves as public figures, embracing the public nature of their roles and using it to their advantage. This is not about exploiting public opinion. With people growing increasingly wary of big corporations and the people who run them, any whiff of deceit will undoubtedly be discovered and used against you. This is about genuinely connecting with internal and external audiences and acting in a way that is aligned with their—and hopefully your—ethics.

As the CEO, how would you feel if whatever action you are about to take became the frontpage headline of The Wall Street Journal? How would your board feel? Let those answers be your guide.

One other possible reason for shorter CEO tenures is poor succession planning on the part of organizations. A PWC 2016 CEO Succession Study noted that CEOs who step into the role after a forced succession have shorter tenures than those coming in after a planned succession, a median of 4.2 years compared with 5.6. They posited that “[c]ompanies that lack good succession plans are setting themselves up for more frequent turnovers.”12

At the foundation of successful succession planning is a pipeline of strong and diverse future leaders. One clear area where most companies are failing is in the lack of gender diversity in their pipelines. In 2016, only six of the 63 CEO positions that became available in the S&P 500 were filled by women. And while this figure seems sadly low, the total number of women CEOs in Fortune 500 is at an all-time high of 32, which, perhaps, makes it even sadder.

There are many reasons why women CEOs remain elusive, most of which have to do with poor succession planning. In a business world that has long been run by men, women have simply not had the range of opportunities, broad experience, or professional networks necessary to be hired for or be as successful as male CEOs.

To promote diversity in pipelines and, ultimately, future organizational success, companies must provide leadership roles and development opportunities for women, so that when CEO and other C-suite positions become available, there are women primed to perform at that level.

Today’s CEO has a shorter time-frame in which to make his or her mark. In addition, there is increased public scrutiny on every move made—inside or outside the office. This environment calls for new thinking and actions for CEOs and organizations to drive performance. These four actions include:

New CEOs have to make the right moves right now, or the job may not be theirs for as long as they want. The “right moves” will depend upon current performance, changes that are truly beneficial, and having the right metrics in place.

As tenure increases, CEOs can become entrenched in what they know and less open to outside information. CEOs must maintain an outsider perspective to be able to continue responding to what is happening in the market. Today’s CEO’s mindset must be one of growth, innovation, and company culture evolution.

Embrace the public nature of the role

The proliferation of digital paper trails, the 24/7 news cycle, and increased skepticism regarding big business means every move a CEO makes must be evaluated through the lens of public perception—before it is acted upon. CEOs must embrace the scrutiny of the job and the fact that like professional athletes or actors, they are in the public eye.

Weak pipelines can lead to unprepared and low-performing CEOs. To drive future organizational success, companies must provide leadership roles and development opportunities to diverse populations, so that when CEO and other C-suite positions become available, the right people for the jobs are primed to perform at that level. 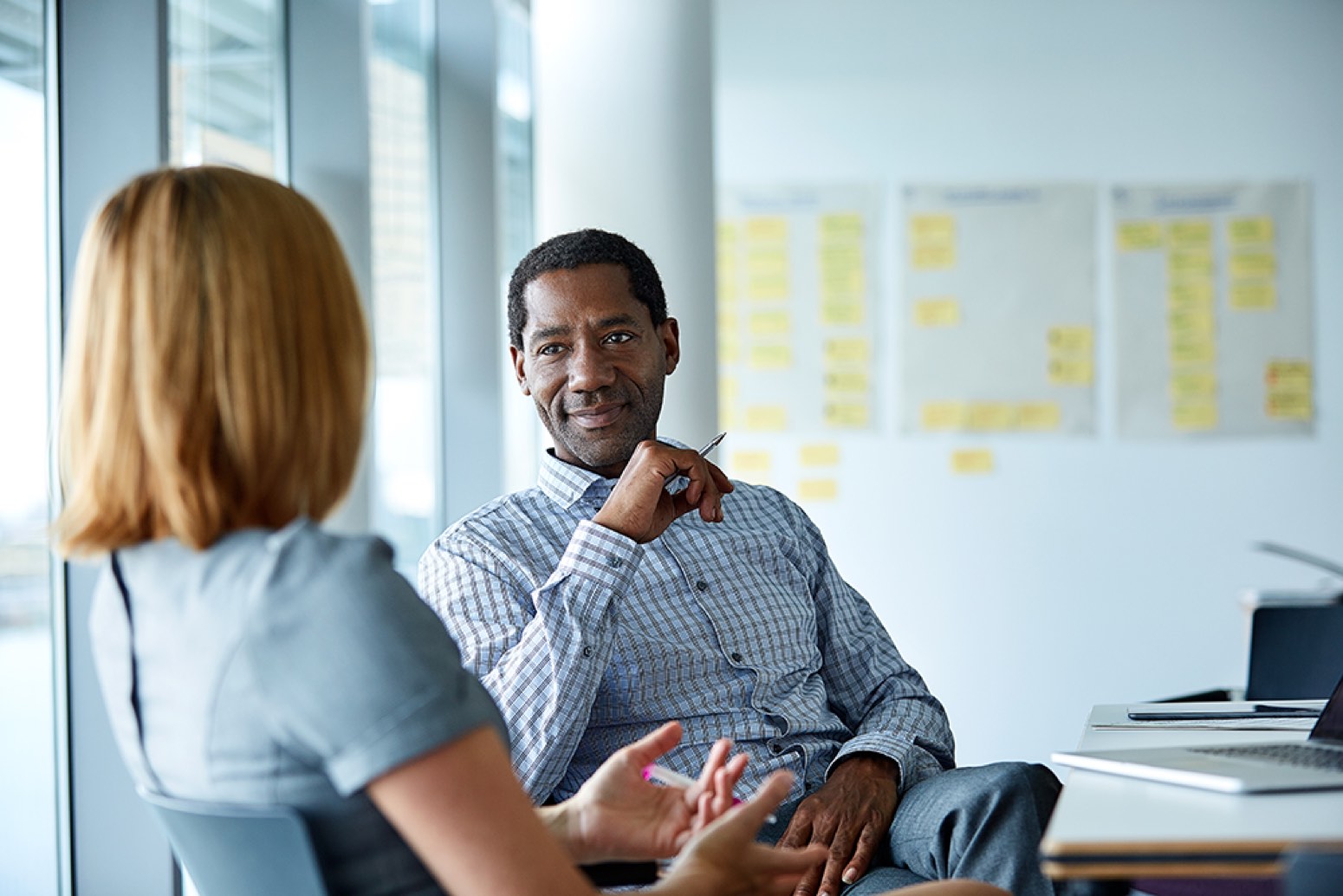