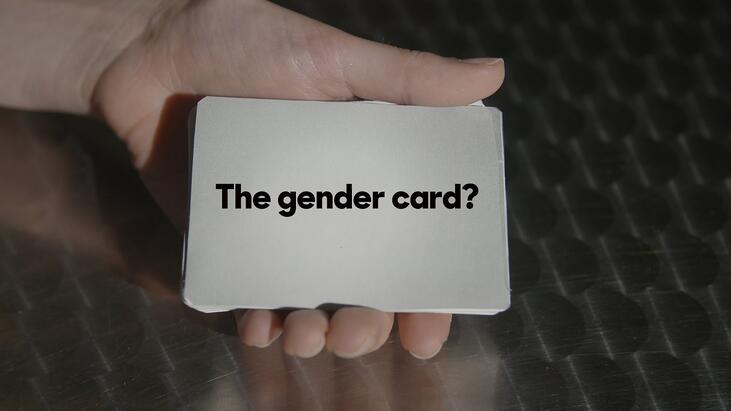 We, Stacy and Thuy, were in a staff meeting in which the discussion around women in leadership came up as part of our suite of solutions. First, we were delighted to be having the conversation around women in leadership positions and how to continue to support them in their growth. Second, we were also frustrated that we had to even be in this conversation in the first place. That said, we accept that the world is the way it is and that we all have biases. What we found to be most interesting in our exploration of this topic as a team was how often the victims of workplace discrimination were also the perpetrators.

For instance, we've seen some of our female colleagues and clients (we do executive coaching) resist the notion that we need to change and insist that the way we communicate is just fine, and men just need to listen better and stop interrupting. Maybe if some of us got the point more concisely or had stronger executive presence they would listen. Some of us have disdain for other women who have characteristics we define as too masculine and call them bossy. And yes, we have seen both men and women call women bossy, if not worse names. Have we asked more of men to adopt feminine characteristics than we have of ourselves as women to change and adapt? Ironically, men have enjoyed taking on more feminine characteristics and roles while women complain that they have to be more masculine in a male-dominated work environment. Maybe more women would find joy in taking on more masculine characteristics in the workplace instead of resisting it. Now you could make the excuse that as women we are more open and readily accept men helping out around the house; but that doesn't really fly when you think about it in the reverse. Do men really complain that women in the workplace and female leaders shouldn't grow thicker skin? No, they don't. At least we haven't heard men complain about that. Men may just be very open to women being more concise, less sensitive and more data driven.

We are not suggesting that women become bossy. Rather, take a close look at where you are on the masculine-feminine continuum. No one likes a person who is too heavily weighted on one end. If you are too feminine on too many dimensions, like style of communication (direct versus suggestive), decision-making (data driven versus consensus), agenda (personal needs versus group needs), or presence (commanding versus nurturing), you will be labeled as a wallflower if you're a woman or a wimp if you're a man. If you are too masculine on a number of these dimensions, then you are labeled as either bossy if you're a woman or a jerk if you're a man.

In executive coaching, we have the opportunity to work mostly with male leaders so we can say with confidence that men too are being asked to be more "balanced" by either being more feminine (i.e., more collaborative to effectively influence) or being more masculine (i.e., stronger opinions and more gravitas) to balance out their natural tendency. As a man, you don't need to be collaborative 100% of the time or show gravitas 100% of the time. It's situational. So if you are a woman thinking, "I've tried to be more assertive, and people called me bossy," look at the situation. Was it the right time and place to be bossy? Are you bossy all the time? Was it the right time to drive for consensus? Are you always driving for consensus? It's not just women who are being asked to adjust, but are we more vulnerable to playing the "gender card?" So take a closer look at yourself as a woman; where are you willing to take on more masculine behaviors?

We can take a page from the men's playbook and embrace being more masculine instead of complaining about how it's not fair. If men can "woman" up in the house in growing numbers, then women can certainly "man" up in the workplace at a faster pace. We would love to see women win this race to the finish line that is true "balance."