How to Lead in the Virtual Office 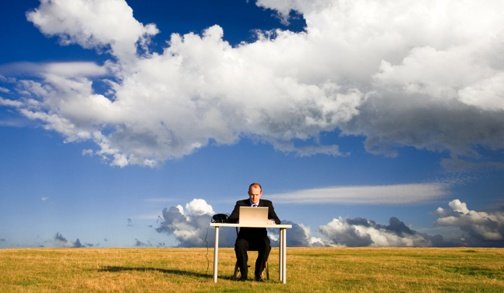 With the increase of technology and sophisticated work tools, more and more employees are working from coffee shops, couches and the virtual office. In fact, 52 percent of employees surveyed by Workfront in July, expect the majority of employees will work remotely in the next few years.

While remote work is great for employees as it improves flexibility and saves them the stress of a commute, it presents new challenges from a leadership perspective. In a study published in the October 2016 issue of The Leadership Quarterly, researchers from Brigham Young University found that employees tend to favor leaders they see face-to-face. The researchers found that people are biased toward and feel closer with managers who are physically near them.

That means remote employees are less likely to view their managers as leaders, which can lead to power struggles, communication issues and confusion. But remote working isn’t going anywhere and it’s up to leaders to step up and take charge of the virtual office. Here’s how:

While many people assume there’s less communication in a virtual office than a traditional one, the opposite should actually be true. Constant communication is critical to success. Unfortunately, many remote teams don’t feel connected to leadership.

Among virtual employees surveyed by Interact in October 2014, 69 percent said the kind of communication that could keep them engaged in their work is lacking. What’s more, 55 percent said their boss communicated almost exclusively by email.

Leaders should communicate often with remote employees to build relationships and make up for the lack of face time. Although email is the most used form of virtual communication, it won’t cut it with remote teams. Use a variety of methods so messages are seen quickly and aren’t misinterpreted. Use chat apps and tools, phone calls and even video calls to keep the team connected and on the right track.

When some employees work remotely and others work in an office together, they’re more likely to see the people they work with as a leader, the research from Brigham Young University found. So if a leader and the team are divided between a virtual office and a traditional office, leaders may have a power struggle on their hands. Employees who work together in the office may be more inclined to listen to each other, rather than remote leadership.

If these conflicts arise, address them immediately -- ignoring them will only make the problem worse. Talk it out with employees. Explain the reasoning behind disagreements and ask team members to discuss why they think differently.

Take their input seriously and involve team members in the process of resolving the issue. After all, research conducted by our company, Skyline Group International, Inc., found that employees think exploring, talking and integrating to find solutions are the most effective approaches to conflict resolution.

In general, stay open and transparent with remote teams. That way, employees feel they can trust leadership and express any problems or concerns, instead of trying to resolve issues amongst themselves.

When employees are spread out, things can get easily confused. Without the convenience of adjacent cubicles, information like who’s doing what, the status of projects and more is lost or isn’t shared with the whole team.

In a survey of 1,400 office workers published by Wrike in October 2015, respondents rated a lack of clear responsibilities among the top workplace stressors. This problem only gets more complicated when remote work is added to the equation.

It’s up to leadership to sort out any confusion and keep the team on the same page. Start by giving employees clear and detailed instructions -- more detailed than instructions that would be given in person. Prompt the team to ask questions before getting started on tasks. Leaders should follow-up with phone calls or a preferred method of communication to double-check that everyone understands the plan.

Then, make sure tools, resources and any other files the team needs are easy to access and find. Be available to answer questions and let the team know the best way to reach leadership if they need a quick response.