3 Subtle Signs of Bad Leadership (and How to Fix It) 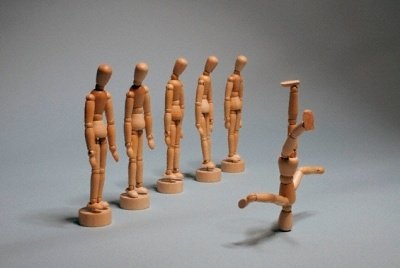 You’re working diligently at your desk when your supervisor stops by your cubicle with yet another business initiative they want you to spearhead (remind you of anyone?). What he doesn’t realize -- or take the opportunity to look into -- is that you’re leading the efforts on several side projects, in addition to your day-to-day tasks.

“He means well,” you rationalize.

And while that might be true, it doesn’t make up for bad leadership -- especially when employees’ relationship with their boss is a leading reason they decide to leave a job. According to a 2016 survey by Paychex, 44.6 percent of the 2,000 employees surveyed said they left their previous job because they didn’t like their boss.

But bad leadership isn’t always easy to spot, especially when those leaders have the best intentions. So, here are three telltale signs of ineffective leadership and how to address them through leadership development:

Whether it’s avoiding an office conflict or an important project that may affect others, avoidance is a common sign of bad leadership that allows ineffective leaders to fly under the radar. Instead of taking the lead on a particular project or situation, as they should, they take the easy way out and often delegate these duties to others.

“It is usually in cases of stress or confrontation that a leader shows him or “herself to be strong or weak,” says Patrick West, founder and CEO of Be The “Machine. For employees, when a leader fails to solve a problem or does not “support subordinates, the perception of the leader is forged. But the most “glaring moment is when a boss elects to avoid or not confront a sticky “situation. When that happens, a boss is clearly weak.”

How to address: Delegation is arguably one of the most important aspects to cover in leadership development programs, as it’s often what differentiates workers from managers. As such, it’s important to cover when and how to best delegate.

An effective leader isn’t afraid to get their hands dirty; in fact, they willingly get down in the trenches with employees.

And this leadership behavior should be recognized and rewarded. After all, a leader who doesn’t lead isn’t a leader at all.

There’s a fine line between being bold and being reckless -- especially when it comes to leadership. It’s for that reason so many ineffective leaders tend to go unnoticed. Their lack of regard for the consequences of their actions and decisions can be confused for innovation and courage.

Adam Lawrence, VP of business development and management at Prep Expert, first realized an ineffective leader had managed to blend in after asking for his thoughts on an important contract.

“His response was reckless,” he said. Legal documents are serious business. If “you're not an attorney and you're analyzing one, you'd better be sure you “provide caution in your response. A responsible leader understands this. He “knows not to sacrifice the well-being of the company for a chance to 'look “smart.'”

How to address: It’s important to encourage leaders to share their ideas and opinions, but they should always keep the organizational goals in mind when doing so.

Cover those goals, along with the company’s overall mission and vision, in your leadership development program. These goals should inform everything the company -- and leadership -- does.

To get leaders in a goal-oriented mindset, have them tie every business idea, suggestion, and initiative back to a company goal. This will naturally help leaders be bold without being reckless.

This balance in leadership is something we discovered is most effective in both pleasing employees and acting in a way that’s best for the team and business.

We’ve all had a manager or boss who seemed eternally stressed. Because stress and work tend to go hand-in-hand, we don’t think much of it. But, as it turns out, it may be because they weren’t ready to rise into leadership role.

Larry Sternberg, former president and current board member of Talent Plus, Inc., believes companies that base promotions primarily on performance or tenure create a system in which leaders rise to their level of inefficiency. In short, they’ve been set up for failure.

How to address: To prevent promoting someone into a leadership role they’re not quite ready for, offer leadership development opportunities, such as mentorships or job shadowing, to potential leaders before promoting them. This gives them a taste of what to expect and informs whether or not they can succeed in the role.

“We must look beyond performance in the current role, and assess potential for “excellence in the new role,” says Sternberg. When you start focusing on “potential, you begin looking through a different lens, and something really “interesting happens. You’ll notice that some employees who are not stars in “their current role have the potential to be stars as leaders. They’re better “coaches than players.”

Avoidance, recklessness, and burnout are very subtle -- but often very accurate -- signs of bad leadership. But through the right leadership development methods, these well-intentioned leaders can truly excel.