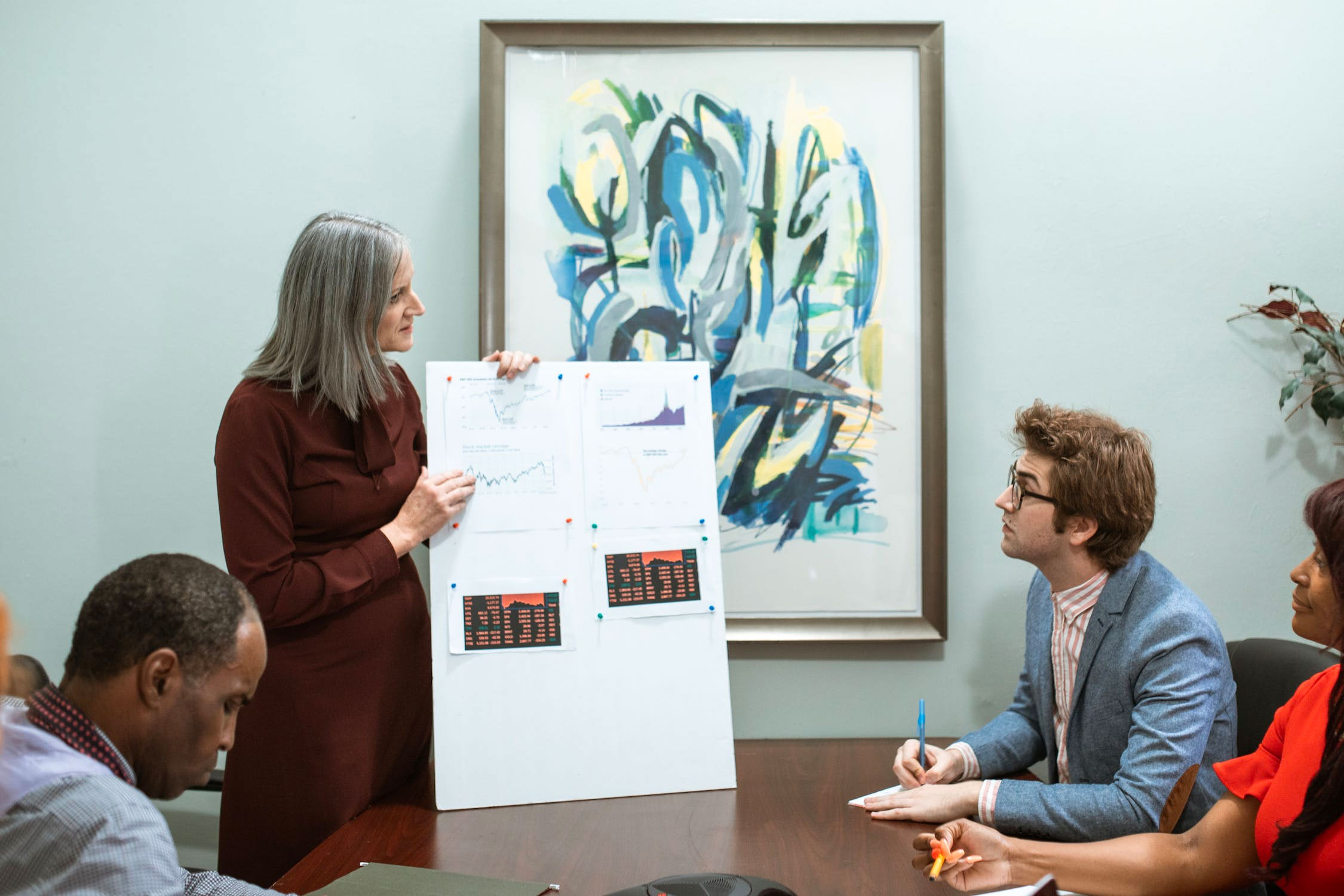 The current conversation on gender in leadership is at a standstill. Professionals and employers alike recognize there’s a problem, but can’t seem to move forward to a solution. Traditional leadership development addresses the problem by telling women to become more masculine and men to act less like jerks -- but that approach isn’t working.

While women make up 53 percent of entry-level employees, there’s a serious lack of women leaders -- a 2015 analysis published in the "Journal of Applied Psychology" found that women account for just 24 percent of senior vice presidents and 19 percent of c-suite executives.

And men and women agree that bias has a large impact on the lack of women in leadership positions. In a 2015 Pew Research study, 40 percent of Americans agreed there is a double standard for women seeking to achieve the highest levels in either politics or business. The same study found that 52 percent of women and 33 percent of men agree the double standard exists.

The problem is well acknowledged and well documented, yet the conversation is stuck. Here’s why the issue isn’t moving forward and what employers and leaders can do about it:

Individuals can change the system.

The current conversation on gender in leadership focuses on problems, not solutions. Professionals, thought leaders and employers all discuss the bias in the system and the unrealistic expectations placed on women leaders. Because here’s a simple truth: women have to do and overcome more to get leadership positions, and once they attain them, women have to do more to been as effective -- it’s not fair.

But focusing on the injustice won’t fix anything -- the system won’t change overnight. Individuals can influence the system and change the opinions of others. Change has to start on the individual level.

Professionals, despite gender, need to focus on their own skills, interactions and more aware of their biases to be more effective and work toward change.

Here’s the part where men and women would typically get the same old advice -- to be better leaders, women need to take charge and be more assertive and masculine, while men should be softer and more accepting. But the issue is more complicated -- leadership development is failing women.

Men in leadership positions have been trained to adopt the effective qualities of women leaders. Employers emphasized the importance of communication, collaboration, empathy and positive reinforcement. Yet, women aren’t encouraged to add the effective leadership traits of men to their skill set. Why? Because while they would then be more balanced and effective, they wouldn’t be well liked.

This is the effectiveness vs. likability problem. Women in leadership positions can typically be seen as well-liked or highly effective, but not both.

When women do adopt male behavior to be more effective leaders, they are seen as less competent. Research conducted by our company, Skyline Group International, Inc., found a significantly lower perception of effectiveness when women express the masculine behavior in 57 percent of the 28 leadership competencies studied. In comparison, men were perceived significantly poorer when utilizing the feminine approach in just 39 percent of competencies.

What’s more, female peers may be the most critical of women who adopt masculine traits. For 43 percent of the competencies where women express the masculine version of the trait, only women rated other women as less effective.

Leadership development fails women because it takes an all or nothing approach, but the key is balance.

It’s not about male and female -- it’s about balance.

While leadership traits are typically associated with men or women, the reality is that leadership exists on a spectrum. For every leadership skill, there is a masculine and feminine way of doing it. According to our research, both men and women agreed there is a significant and recognizable gender continuum on 27 of the 28 competencies included in the study.

But one expression isn’t necessarily better than the other. Our survey participants rated more than 70 percent of leadership competencies, both masculine and feminine expressions, as equally effective. So when leadership development blindly urges women to be more masculine or men to be more feminine, it’s doing them a disservice. Because no matter gender, all leaders need to focus on becoming more balanced.

The perception of leadership effectiveness depends on context. Leaders need to adapt their behaviors based on their audience, their approach and their gender, simultaneously. This requires leaders to to develop and use both the masculine and feminine expressions of a competency, depending on what is needed, instead of relying on one default set of behaviors.

Start by reviewing how leaders are treated in the organization. Are female leaders supported? Are both men and women leaders rewarded for balance and effectiveness? Do leadership development programs encourage women to learn and use masculine expressions of leadership qualities?

Employers need to train all leaders to take a more balanced approach, and leaders need to focus on improving their skills. To impact real change in the workplace and develop more effective leaders, the conversation needs to refocus on what can be done.