Chances are, your idea of what a male and female leader looks like is pretty similar to everyone else’s. And that’s because there are some strong stereotypes surrounding gender and leadership.

In fact, research1 conducted by Pew found that 54 percent of Americans think men would do a better job running a professional sports team, and 46 percent think they would be better equipped to run a large oil or gas company. Yet, survey participants were two and a half times more likely to say a woman, rather than a man, would do a better job running a major hospital or retail chain.

But while we tend to associate certain leadership skills with men and others with women, the truth is both men and women possess the same skills -- they just show them in different ways. According to our research, both men and women agreed that there is a significant and recognizable gender continuum on 27 of the 28 competencies included in the study.

The most effective manifestation of leadership is an approach that is balanced -- it falls in the middle of the spectrum, and leaders use both feminine and masculine versions of leadership skills in different situations.

Unfortunately, stereotypes hold many leaders back from achieving this balance. They believe that they must act how employees expect in order to be successful in their positions.

So, what are these stereotypes? And how do they impact the ways employees perceive leaders, and in turn, the ways leaders act?

Let’s take a deep dive into these stereotypes and what they mean in practice for leaders:

We’ve seen it played out in TV and movies a thousand times: the bossy female leader. But does the stereotype hold up in real life?

Our research suggests that many employees really do view assertive women in leadership as bossy. In fact, women are seen as less effective when they act like men for 57 percent of the leadership competencies studied.

What’s more, women tend to promote this stereotype more than men -- for 43 percent of the competencies where women express the masculine version of the trait, only women rated other women as less effective. In fact, the more directive and structured female leaders are, the more negatively they are viewed by other women.

In particular, when women in leadership adopt seven masculine behaviors, employees see them as bossy. These traits are:


In real life: Yahoo has faced several lawsuits in recent years concerning performance reviews and other workplace policies, and many point the blame at the company’s CEO Marissa Mayer. Since taking the helm of the company in 2012, her management style has been criticized by The New York Times, The New Yorker, and other publications. One Business Insider article3 even described her as having a “bullying managerial style.” While her assertive leadership style has garnered criticism, she is still a powerful and influential figure in leadership today.

While employees expect their female leaders to be more inclusive and feeling, they expect the opposite from their male leaders. There’s a longstanding stereotype for men in leadership to be stoic and hold in their emotions -- because that’s what we typically expect from the gender. After all, men who do express their emotions are said to be “in touch with their feminine side.”

But while the stereotype of the stoic male leader is still easily recognized in pop culture, the tides are changing, and employees want leaders who are more in touch with their emotions.

Our research shows that both men and women agree that the feminine expression of emotional control -- acknowledging emotions and appropriately expressing them -- is more effective for both men and women leaders than the masculine version -- ignoring emotions and holding them in. And when men take this approach to emotional control, they are viewed as more effective than stoic men. Yet, men are rated as less effective than women when they do express their emotions in this way.

Whether this stereotype influenced employees’ expectations, or it was born out of their wants, employees want male leaders to express their emotions, just not as much as women. They expect them to be more masculine, and that means showing some emotions -- just not too much.

So while acknowledging emotions is an effective approach, men may be more likely to hold their feelings in for fear of being seen as too weak or feminine.


In real life: George Washington may have been the first president of our country, but he isn’t remembered for his people skills -- he was a tactical military leader. Throughout his presidency, he relied on his military experience, using an analytic rather than charismatic approach. As the first leader of the country, he set the tone for the stoic leadership style we still expect from men today.

Seeing that employees react negatively to strong women in leadership, women adopt a softer leadership style. But in trying to avoid the bossy stereotype, some women are labeled as too soft, and end up falling under the other stereotype.

The “pushover” female leader focuses more on making employees “feel good,” rather than driving results. But employees write these leaders off and don’t take them seriously. And that’s because to be seen as effective, women must balance both including employees and driving the business forward.

But women are caught in a difficult position -- employees want women in leadership who are inclusive, promote teamwork, and encourage openness and new ideas.

These opinions combined with the bossy woman stereotype may lead many women in leadership to believe they’ll be more effective if they’re completely unassertive. And that’s where the pushover stereotype comes into play.

While it seems impossible, effective leaders balance these expectations and stereotypes.


In real life: Mary Kay Ash founded Mary Kay Cosmetics after the death of her husband in 1963. Aside from running a highly successful business, she was known and respected for creating a workplace culture that resonated with women. She considered the Golden Rule the founding principle of the company, and the marketing plan was designed to allow women to advance by helping others to succeed. When we think about female leaders, Ash was the embodiment of the inclusive feminine approach women still expect from other women today.

When we think of great male leaders, we think of figures who are strong, assertive, and competitive. They want to compete with others in not only the marketplace, but also the office. They keep track of numbers, use leaderboards, and continually encourage individuals to compete with their team mates.


In real life: While Jordan Belfort has been made notorious by Leonardo DiCaprio’s portrayal of the entrepreneur in The Wolf of Wall Street, Belfort was a very real stockbroker with a competitive leadership style. He was known for running a boiler room in which he pressured his sales teams to close deals with unconventional tactics. However, his competitive nature eventually got the best of him, and he spent 22 months in prison after admitting to fraud in his penny-stock scheme.

The problem with leadership stereotypes is they are not only predictable they are outdated, and in the same way, adhering to long-held stereotypes causes poor performing leadership. While these stereotypes have some truth, or at least employees still think there is truth in them, the key to breaking them and being a more effective leader is balance.

Gender aside, leaders need to develop and use both the masculine and feminine expressions of a competency, depending on what is needed, instead of relying on one default set of behaviors. Leadership isn’t just about acting in a certain way to please employees -- it’s about acting in a way that’s best for the team and the business.

That means understanding the situation, understanding what the employees involved need, and deciding on the best approach. The perception of how effective leaders are is all about context, and every situation is different.

The best way leaders can prepare is to develop both feminine and masculine sides of leadership traits. That way, they can use either depending on the situation, employee, and the context.

Finding balance starts by recognizing these leadership stereotypes. Do you fall into any of these categories? Does your leadership style lean to far on one end of the spectrum?

In general, women who typically express more masculine behaviors can be more effective with other women by adopting additional feminine expressions. In the same way, women who lead with a softer, more feminine style can adopt more masculine qualities and be assertive when necessary.

The same is true for men in leadership -- men who are extremely assertive and directive, or extremely inclusive, can become more effective by finding balance in a middle ground.

Stereotypes impact how we perceive things and how we act in more ways than we realize. While many cling to these old ideas of what gendered leadership looks like, it’s up to leaders to break out of these molds and adopt a balanced leadership style.

Instead of focusing on what employees want from leaders, think about what they need and what will lead to the best results. Balanced leadership doesn’t happen overnight -- it takes dedication to continual learning and development. But becoming more balanced will be better in the long-run for you, your team, and the organization. 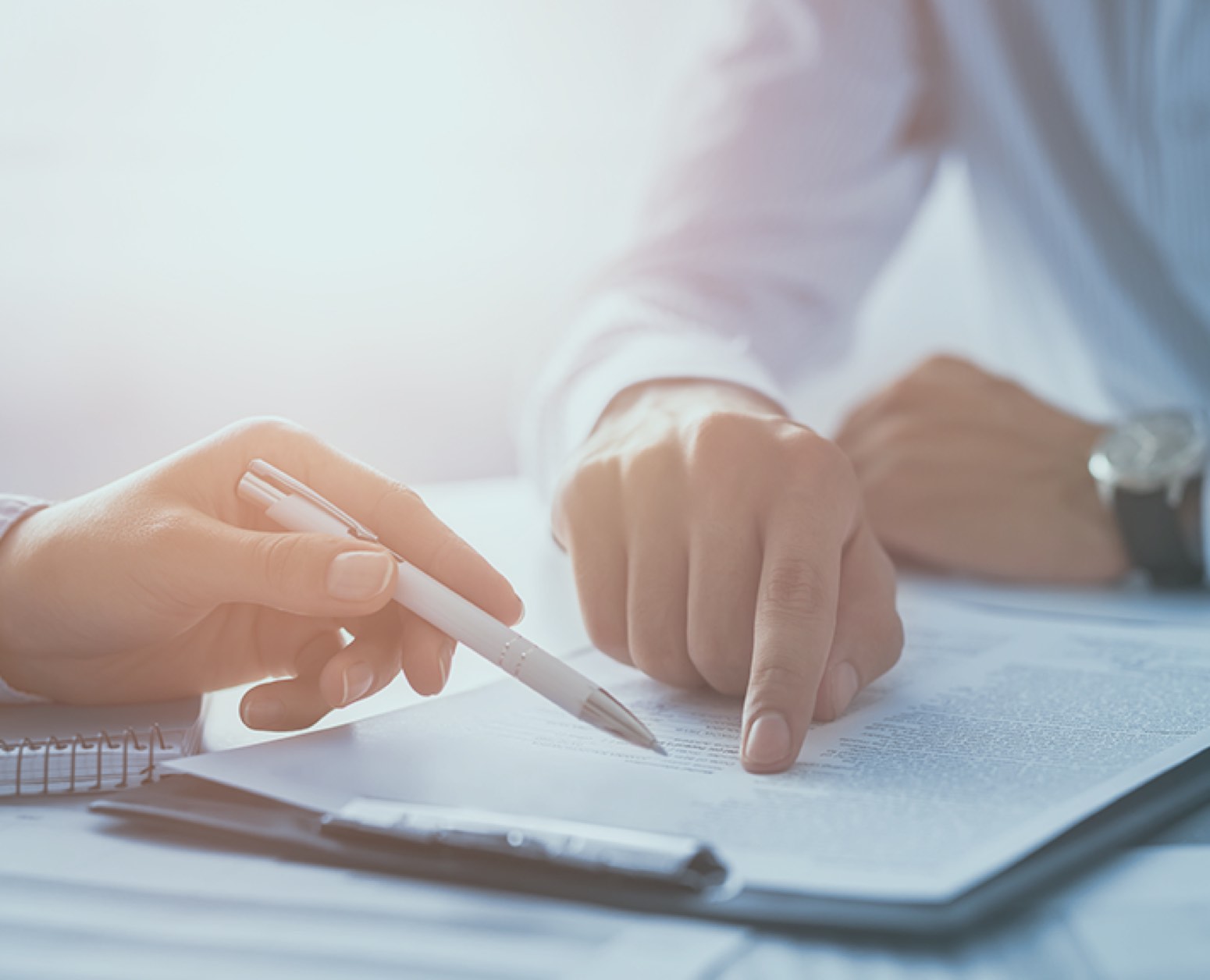